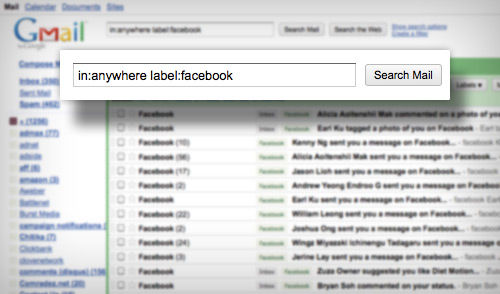 Gmail is one of the best email services ever made available, with no doubts.
There have been obvious tries to create tools as complete as this, but the majority could not reach the same level. Some came close, but never of this dimension.
Being this platform so complete, it is normal that there are hidden features. Today I will show unique operators that many users do not know the search engine of messages.
Do you know the potential of the search box you find at the top of the Gmail page?
The operators are text pieces that allow you to restrict your search to specific areas. A practical example: I intend to find a message sent by Opengmail. If you put in the search box “Opengmail” I will pick up all the sent messages by Opengmail but also those I sent to the other contributors to mention his name.
I need to restrict this search and I remembered that in that message there was an image attached. All of this is possible to do in the Google search box and I will then explain how to do it.

Used to specify a receiver. Example – to User1 – All messages sent to Pedro Simões, whether by me or by User1 sender. As long as the name is one recipient the message appears.

Search for words in the title of the message. Example – Subject: Opengmail – Returns all messages containing in the title the word Opengmail.

Searches for messages containing the terms A or B (note that the or has to be uppercase). Example – from: User A or from: User B – messages from User A or User B.
– (hyphen) used to exclude messages with specific text example – Opengmail-tips – messages that contain Opengmail and do not contain the word “tips”

Messages marked. with a specific label. However there is no way to search for messages without label assigned. Example – from: User A Label: News-Messages sent by User A and that is on the label “News

Search for messages with attachment. Example – from: Gmail has: Attachment – messages sent by Gmail and having attachments

Find messages that are tagged with star, by reading example – is: Read is: Starred from: Joseph – Messages sent by Joseph, which have already been read and marked with a star

Searches for messages from/to a specific e-mail address in the delivered-to field of the sample message header – Deliveredto:luke@hotmail.com – messages with the address luke@hotmail.com in the delivered-to field: from the message header. Useful for finding messages from other accounts and receiving it in Gmail or being sent there.
Now that you can be a Gmail search box master, apply the methods listed above in your new messages, test and play with the search. I’m sure you will find the e-important lost emails.

Why is Gmail the Best Email Management Tool in the World?

Admin - October 2, 2017 0
Gmail is the best professional email service in the world. It’s not a surprise that today it is the most used email service with...

Why is Gmail the Best Email Management Tool in the World?